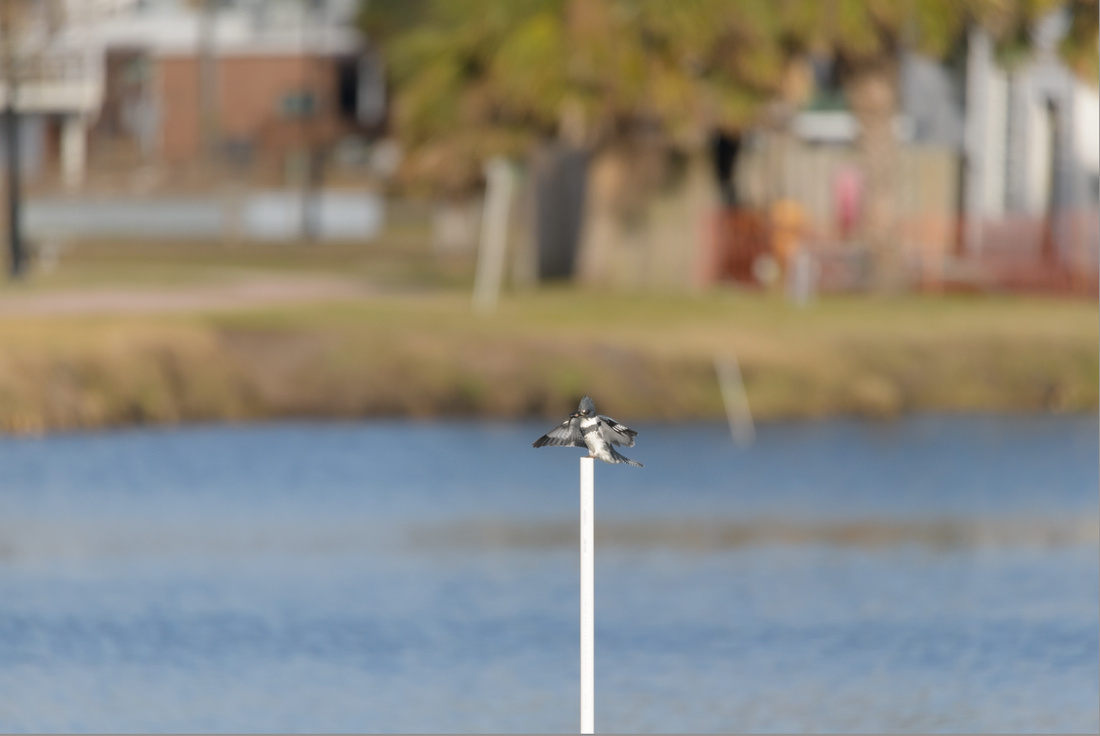 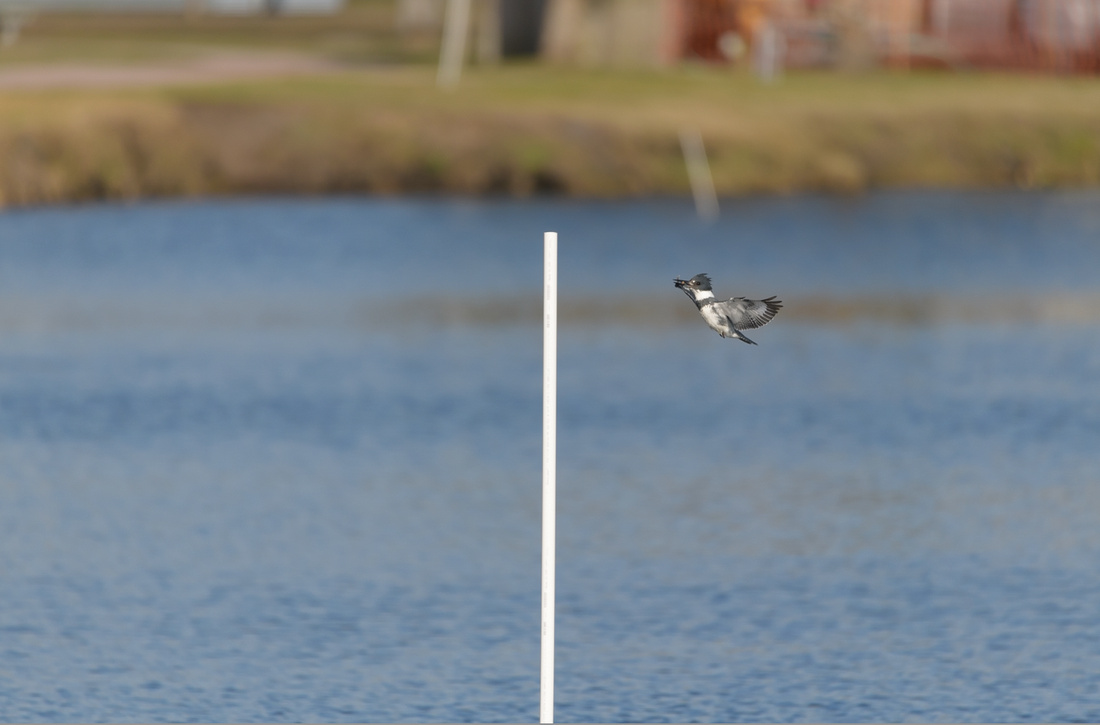 The images should be exposed similarly to make the images match.  So, check the shutter speed, aperture and if you use auto ISO, check that.  If they vary and one image is brighter or darker than the other, adjust the exposure of one to compensate.  I do this in Lightroom but you can do it in Elements if you open your images directly there.  I then bring my images into Elements.  Here is how they look: 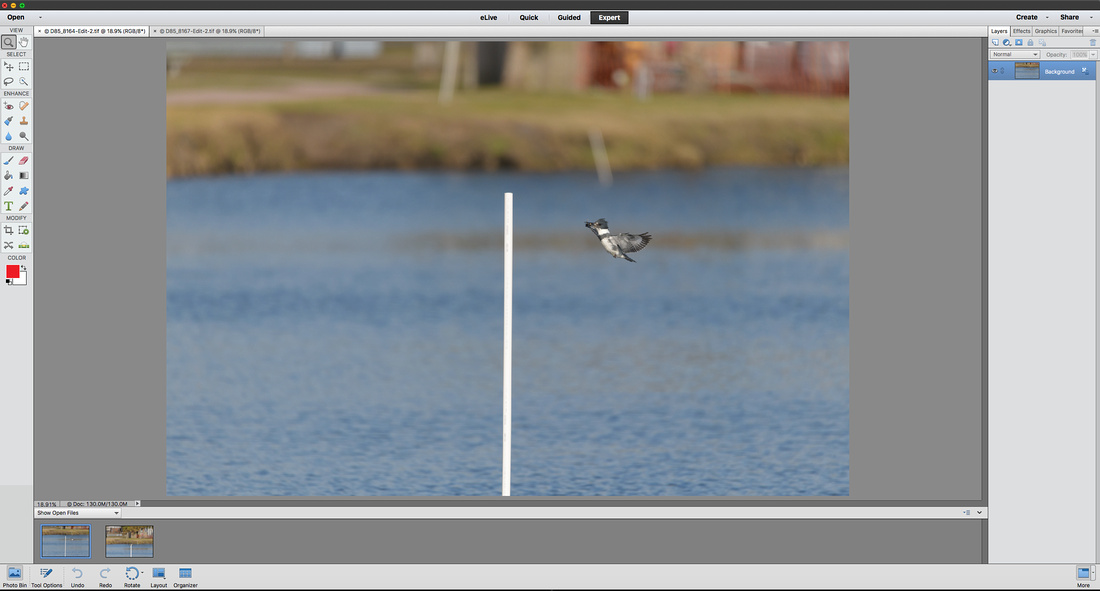 You can see that both images are here but they are not both shown as layers.  Only one image is shown in the "layer" section in the top right hand portion of Elements.  So, you want to bring the other image in as a layer.  To do this, open up the photo bin in the lower left.  Both images will show.  Hold your mouse over the image that IS NOT shown in the layers palette in the top right, hold the mouse down and drag the image on top of the large image shown,. 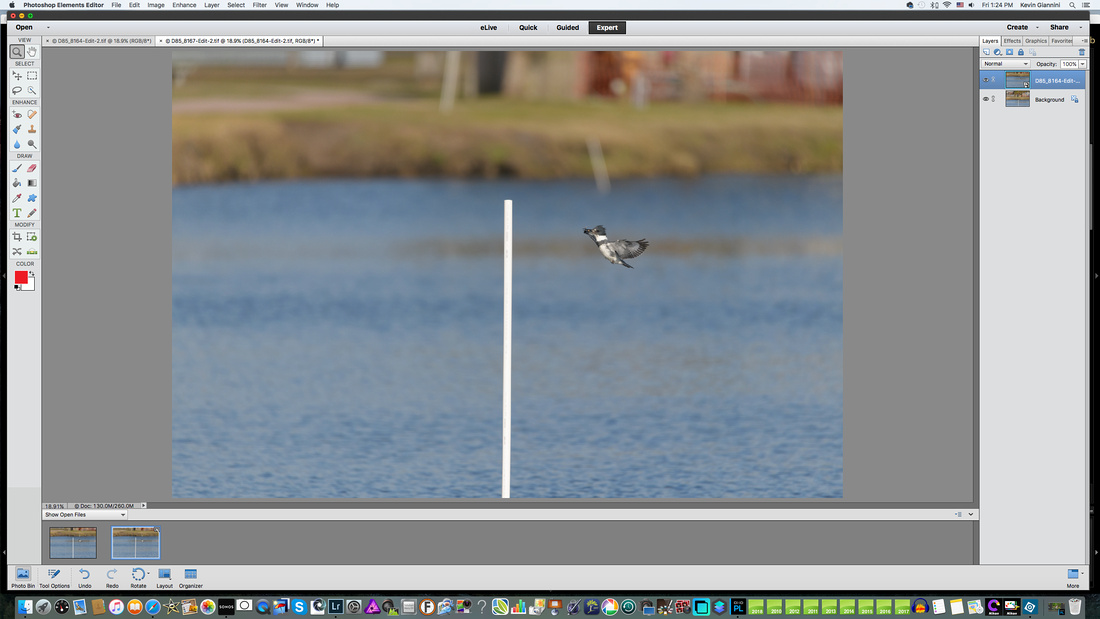 You can see now that in the layers palette in the top right, there are now two layers, each representing each image.  Now you need to see both images on the screen at the same time, and manually align them how you would like them.  Reduce the opacity of the top layer to about 50% to partially reveal the layer underneath.  The opacity control is in the top-right area of the layers box. 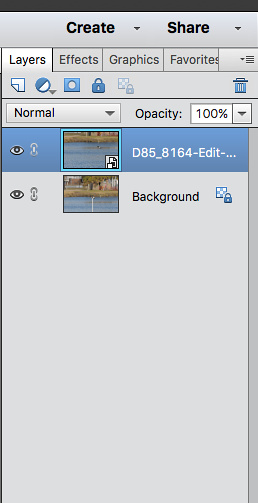 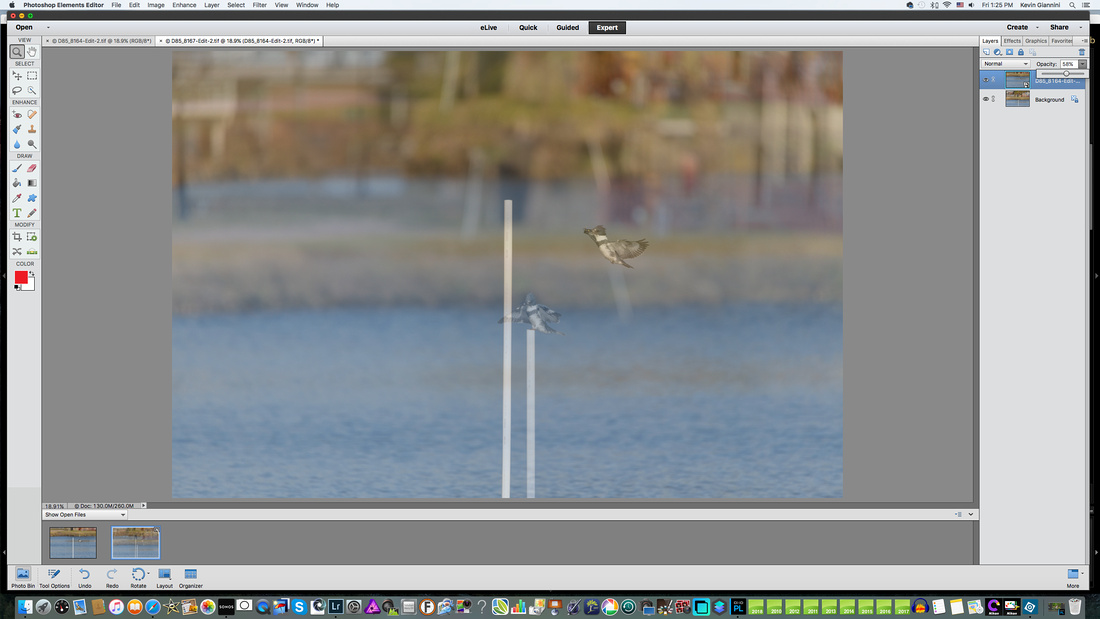 Here is how the two layers/images look when seeing them both.  Now, you have to move the top image to align with the bottom, or to where you want to align the element you want to combine.  In this case, I'll align the pole the kingfisher is landing on.  Use the MOVE tool. 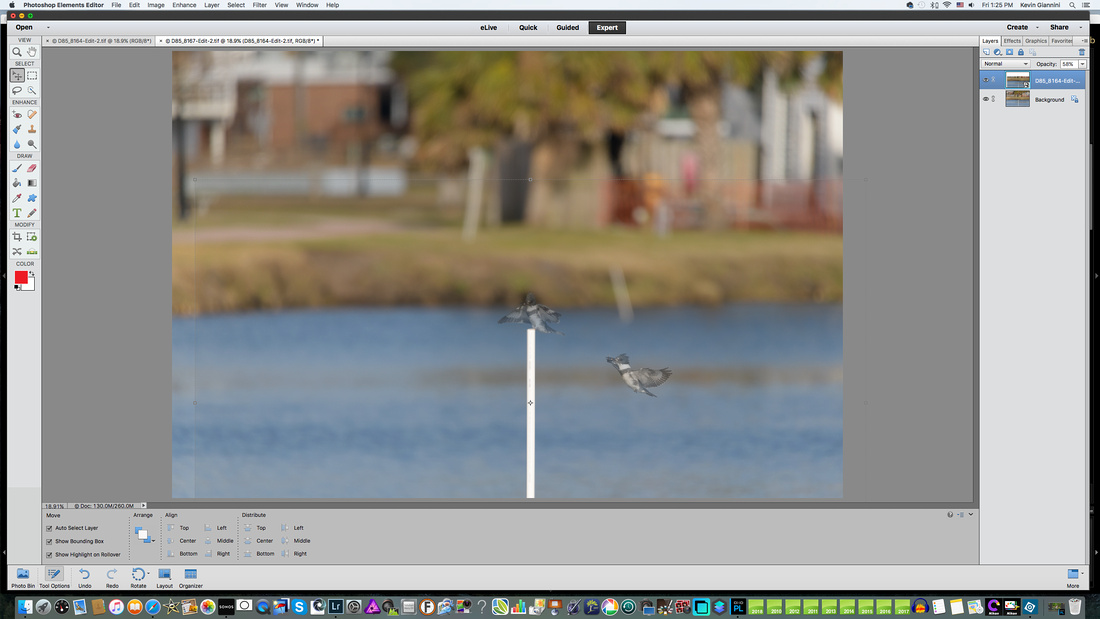 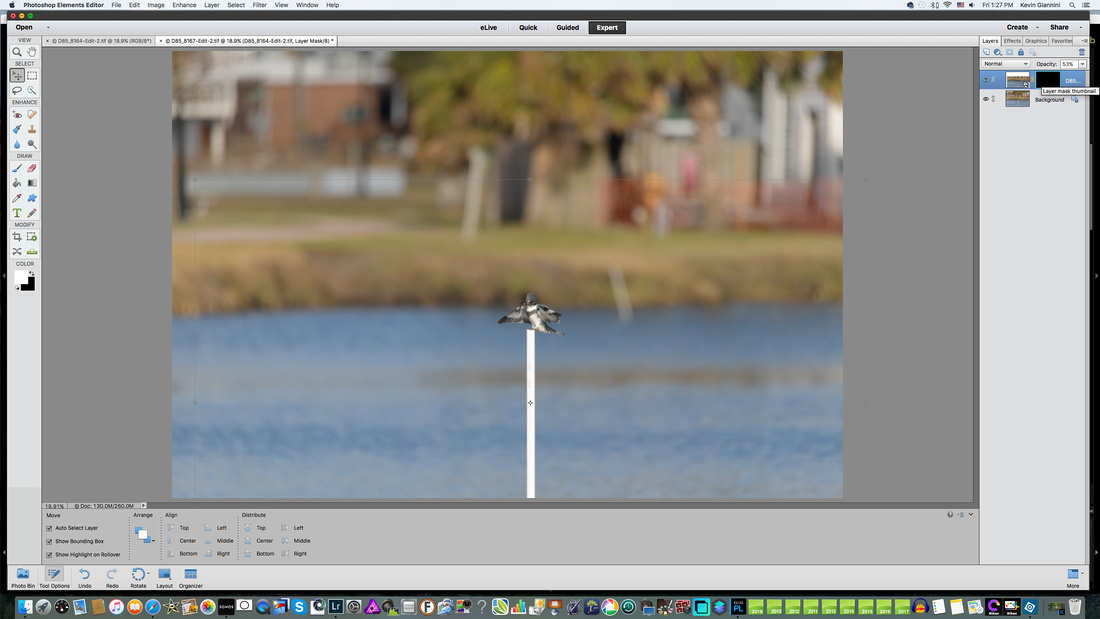 You can see now that only the Top Layer is displayed.  That's because we created a layer mask with Black, to hide the lower layer.  That means you want to paint with a White brush to REVEAL what you want to reveal in the lower layer - the Kingfisher.  Choose the Brush tool and make sure you're painting with a white brush.  Paint over where the kingfisher is in the lower image.  You can find out by de-activating  the top layer temporarily. 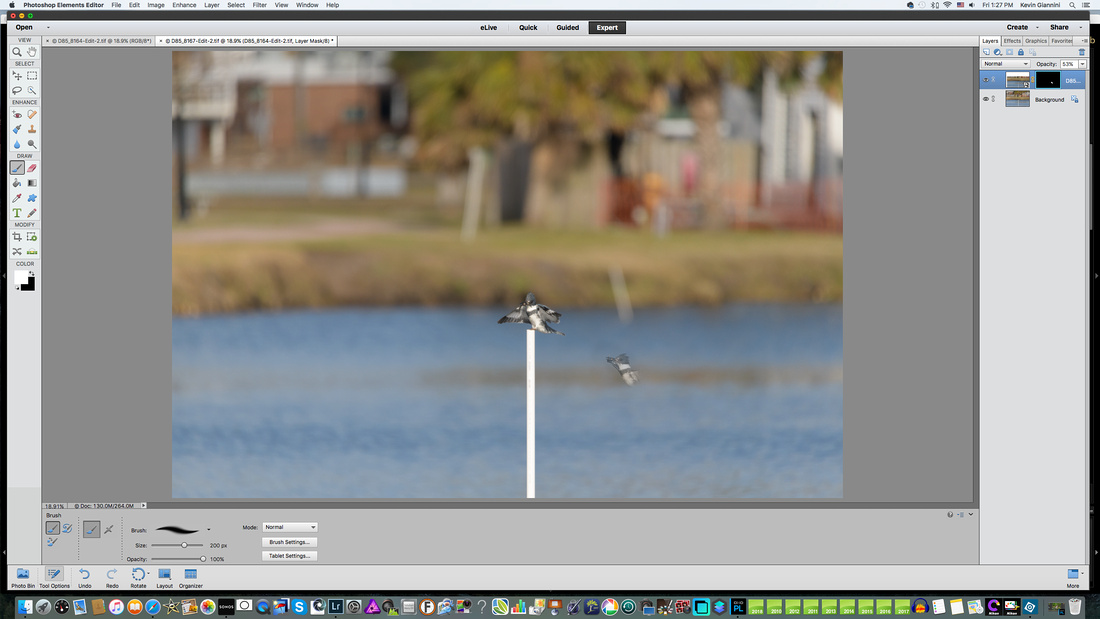 Here you can see I've started to paint in and reveal the kingfisher underneath.  You may want to change the opacity in your layers palette back to 100% to reveal it completely.  Here is the entire kingfisher painted in: 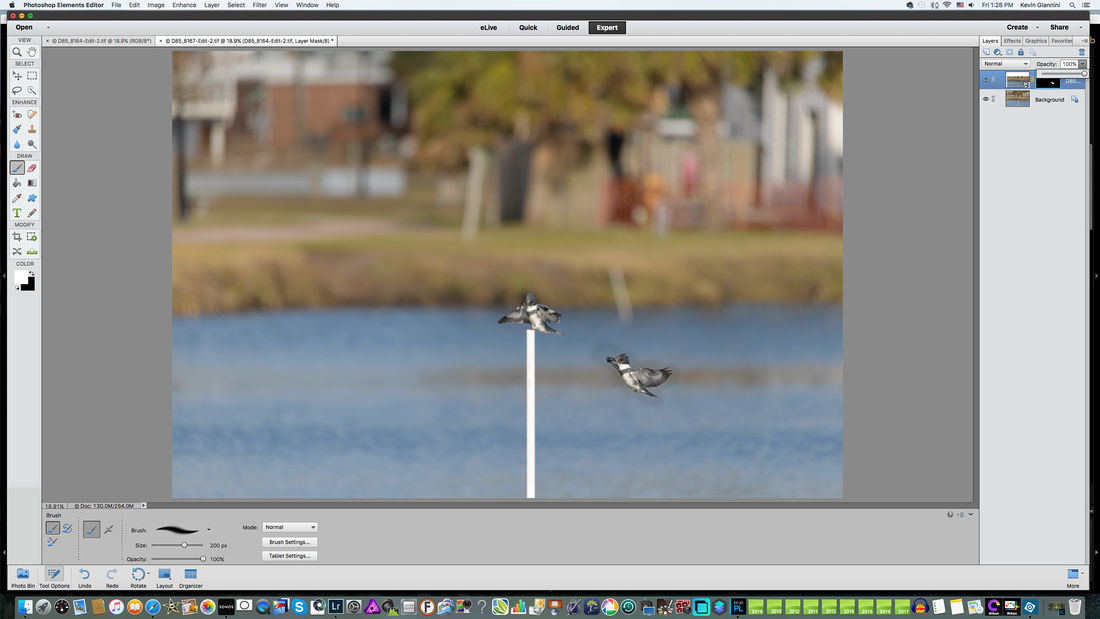 As you can see, there is a slight "halo" around the bird where the brush revealed more than the bird, and the exposure of the water was a little darker on the lower layer. 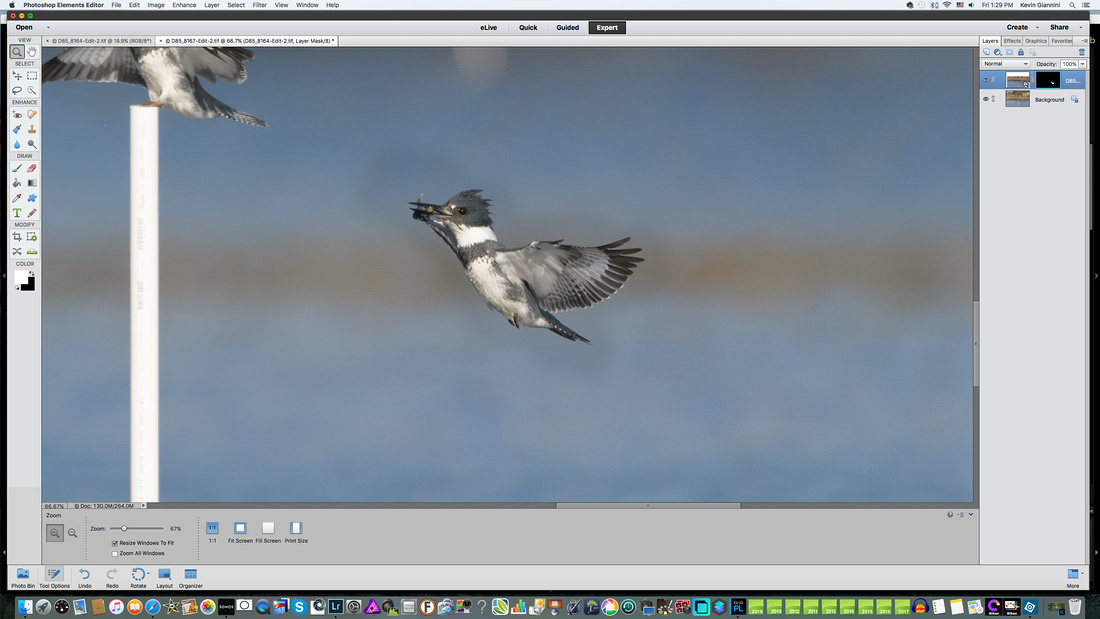 To fix this, change the brush from a White Brush to a Black Brush (to hide).  You can do this by hitting the "X" key, which switches the brush tool from Black to White or Vice versa.  Now carefully paint away the dark halo around the bird.  If you go too far and paint away some of the bird, switch the brush back to White and paint the bird back in again. 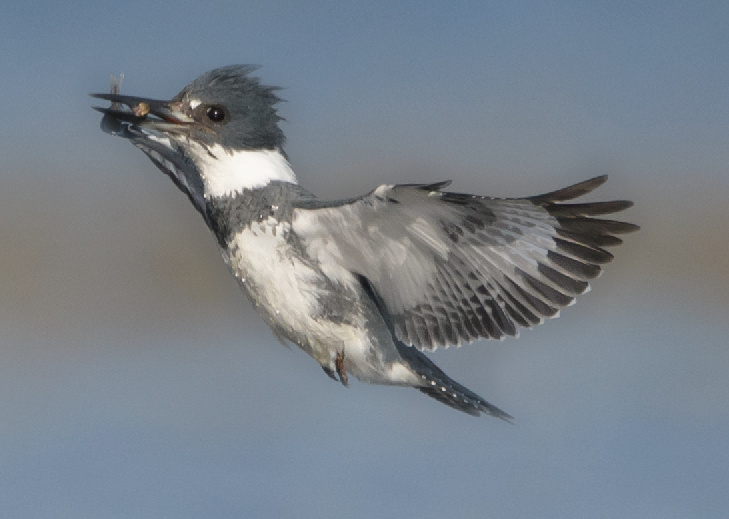 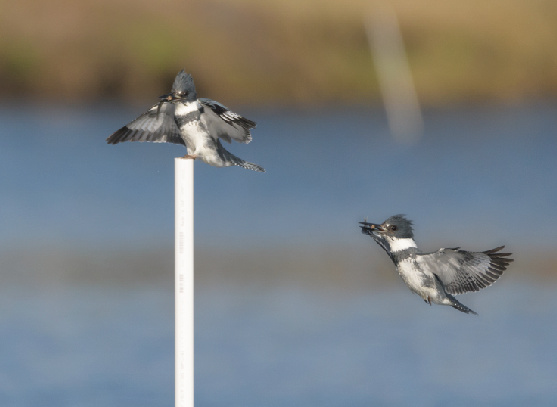 At this point, you can then flatten the image and crop or do any further processing.  If you are combining more images, you can do them now but I wouldn't crop until everything is done - you should really work with the same size images until done.  Of course you can do all layers at once (and I usually do bring in all the photos I'm going to work with ) and make them layers, but I usually only combine, then flatten, one layer at a time.  Let me know if any of this is unclear, okay?