Thank you for your patience while we retrieve your images.

Building began on the Battleship North Carolina in 1937 and she was commissioned on April 9th, 1941. North Carolina participated in every major naval offensive in the Pacific during WWII and earned 15 battle stars. She steamed over 300,000 miles and survived many close calls, including a Japanese torpedo strike. North Carolina was decommissioned June 27th, 1947 and placed in the Inactive Reserve Fleet in Bayonne, New Jersey. In 1960 the US Navy announced it intended to scrap North Carolina. The citizens of NC mounted a brief and successful campaign to bring the ship to North Carolina and to preserve her as the state's premier war memorial and tourist site. The ship opened to the public in October 1961 and sits in the Cape Fear River across from downtown Wilmington!
The battleship contained a post office, dentist and medical facilities with operating room, print shop, butcher shop, coding room, chapel, bakery and much more! It was essentially a floating town! 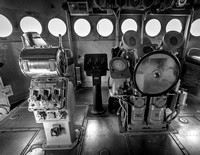 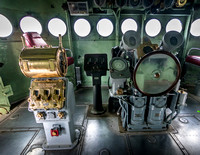